The History of Tonkotsu Ramen

Tonkotsu (pork broth) ramen started with one small food stall in Kurume City, Fukuoka Prefecture, back in 1937.
Prior to that, the owner ran a food stall making Japanese noodles (udon). He learned of a soup for Chinese noodles (called ‘ramen’ in Japan) based on a broth of chicken and pork, which was recently popular in Tokyo and Yokohama. He then trained at a local Chinese noodle shop and went on to create a soup based only on pork broth. This shop is said to be the real first ‘tonkotsu ramen’ shop ever.
In those days, the Tonkotsu based soup was only slightly cloudy and still rather transparent. It was not until 1947, quite accidentally actually, as the owner forgot to put out the fire below a pot of pork broth, that it became a thick white soup with a deep and rich flavor as it is known nowadays.
From Kurume City to Kumamoto to Fukuoka, tonkotsu ramen became a very popular variety ramen on the island of Kyushu (Southern Japan). Over the years, tonkotsu ramen gained in popularity all over Japan. And in recent years, tonkotsu ramen is even showing strong growth overseas. 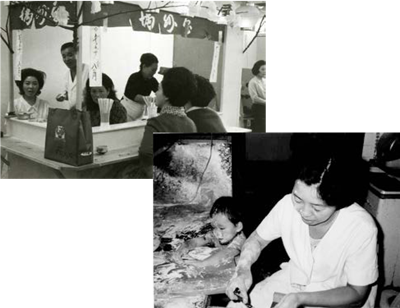 How to eat and enjoy ramen

1. Ramen is best enjoyed with the noodles served al dente and the soup still very hot
2. First, take the bowl with both hands in order to experience how hot the bowl actually is
3. Then, taste the deep flavor and the ‘umami’ of the soup by slurping a spoonful of the hot soup from your tongue into your mouth
4. Next, with the chopsticks take a portion of noodles that can be eaten at once. As the noodles are very hot, it’s acceptable to cool them down by blowing air. It’s also OK to cool the noodles down a bit by laying them the spoon prior to eating
5. After having finished the noodles and toppings, if you still feel hungry you can order an extra serving of noodles, called ‘kaedama’ in Japanese. Since the noodles can quickly become overcooked in the hot soup, it may be better to opt for ‘kaedama’ style rather than ordering a large serving from the beginning. Then the noodles can be enjoyed in their best state. 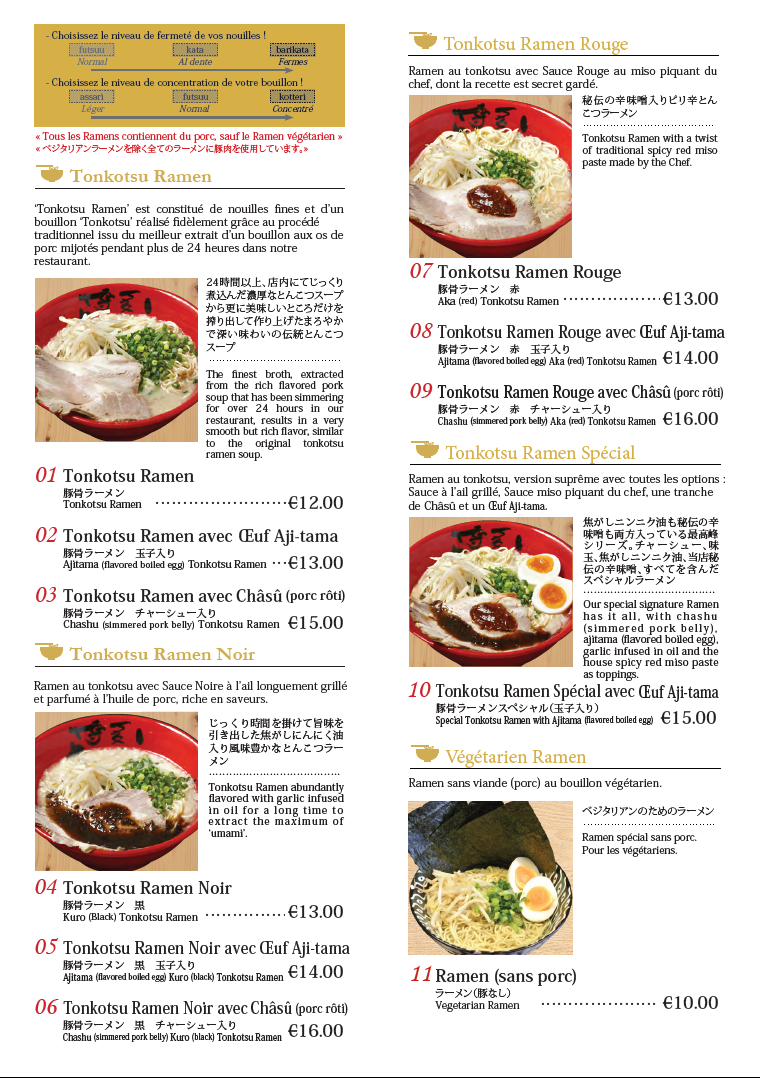 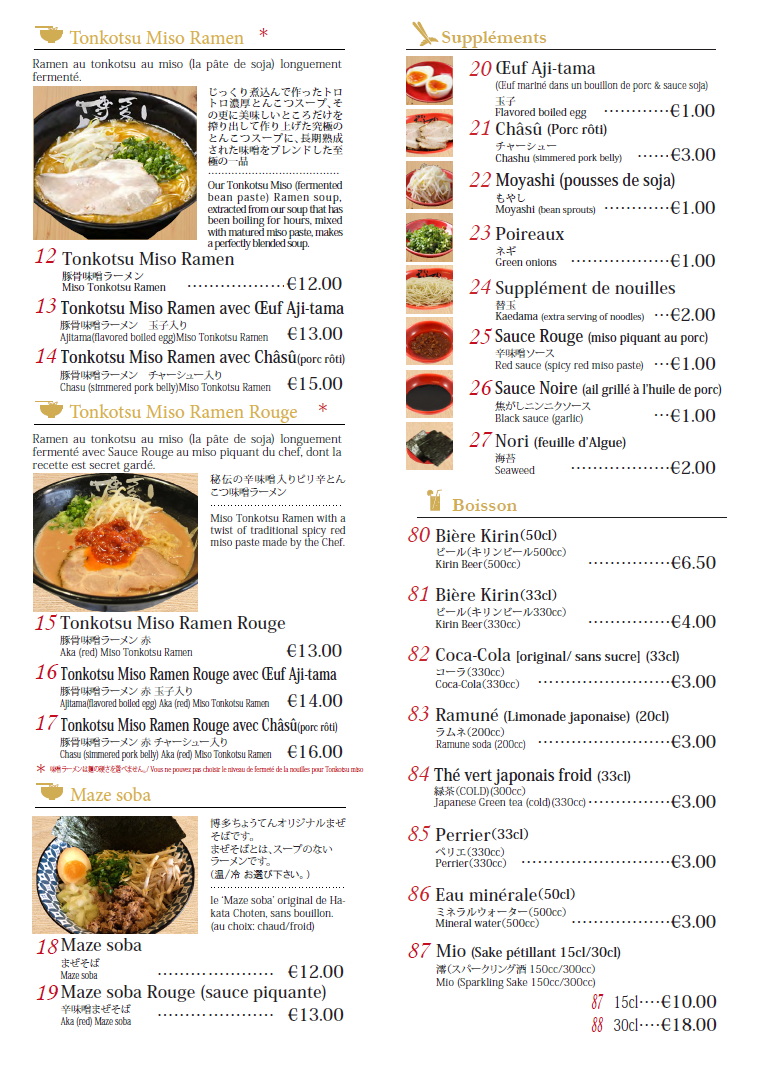 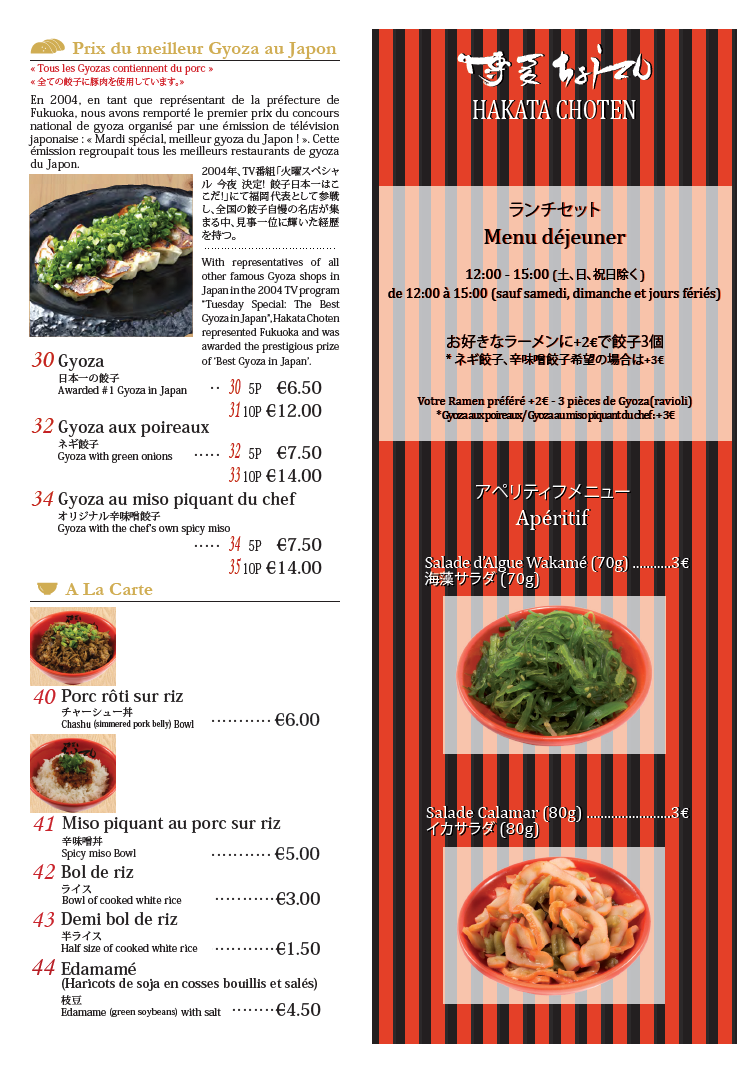 Share your pictures with us by using hashtag #hakatachoten